A Guide to Small Business Automation |

Automation offers too many benefits to be ignored, but companies in a country like South Africa need to be clear about what their strategy is, says Peter Clarke, CEO of LanDynamix.

“It’s abundantly clear that automation is going to play a key role in helping businesses build more efficiency into the their operations and make better use of expensive human resources, particularly as robotics, machine learning and artificial intelligence (AI) become commercially viable,” he says. “But businesses do not operate in a vacuum. They need to be aware of their responsibility to the broader society in which they exist in order to gain the ‘social licence to operate’. 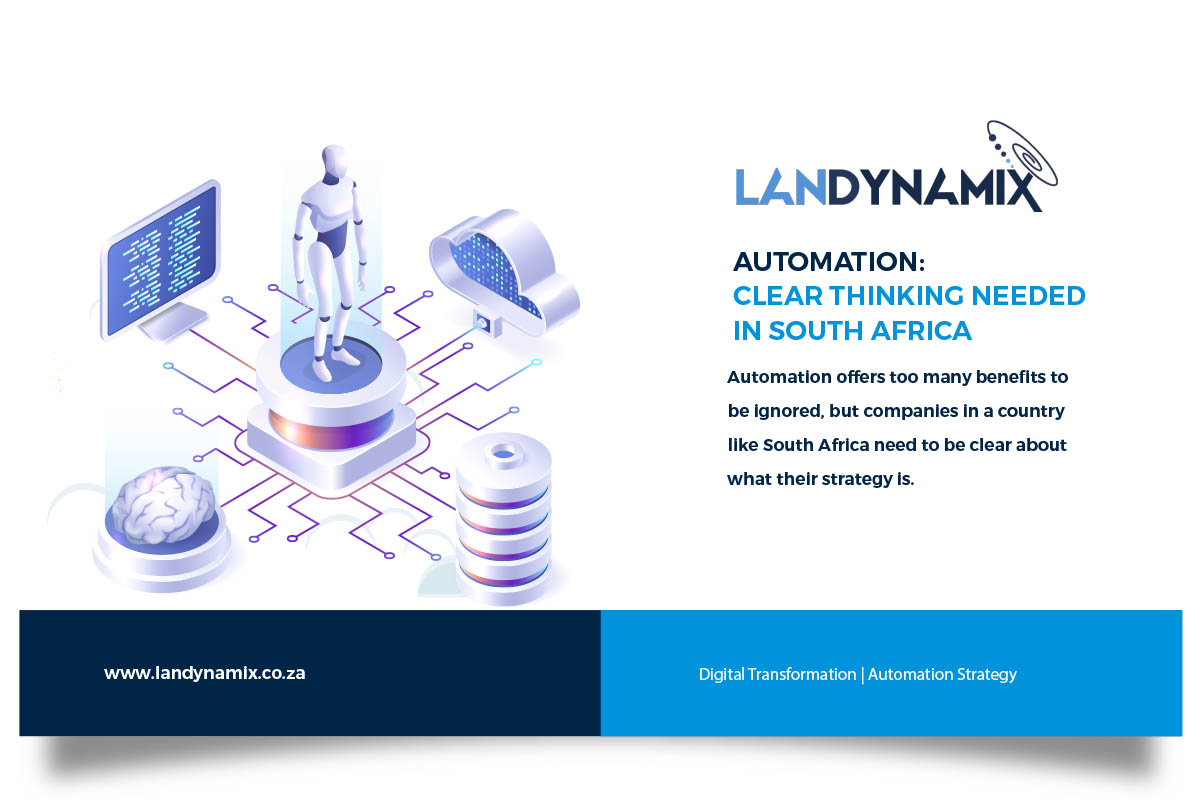 “In a country like South Africa with high unemployment and a large, unskilled workforce, an automation strategy thus needs be carefully calibrated.”

To give an idea of the factors that must be weighed up, Clarke references the automotive industry where he believes South Africa is lagging in terms of automation. The reason for this is simply the large and fairly unskilled workforce that services that sector. Companies must balance their responsibility towards that workforce with the siren call for automation and robotics. It also helps that the existing workforce is relatively cheap, whereas the upfront costs of automating factory floors is high.

For companies in these and similar industries, the move towards automation must be phased and will have to include an ambitious programme of upskilling as much of the workforce as possible.

“From our own experience at LanDynamix, it’s clear that one of the most compelling benefits of automation is that by freeing staff of repetitive and mundane tasks, it opens up new opportunities for them—and they in turn create more value for the company,” he says. “But getting that right if you have thousands of workers is never going to be easy.”

In fact, Clarke argues, the job losses that many see as the immediate consequence of automation could actually affect skilled workers more in the medium term. At LanDynamix, for example, thanks to a programme of intensive automation, a single person is now able to run the whole accounts department. To achieve this, though, the right individual was needed, and much effort went into upskilling. But the result is that with most mundane and repetitive tasks eliminated, this one person is in a position to take on value-added work such as reporting to management and checking efficiencies across the business.

“If one looks at automation as part of a strategy to increase efficiencies and help employees to reach their potential, the benefits are massive, with increased profitability and a more engaged workforce setting up a virtuous cycle,” he concludes. “It’s all about your approach.” 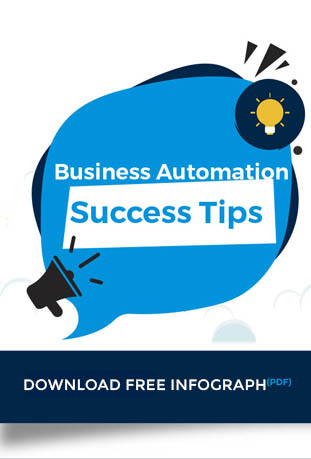